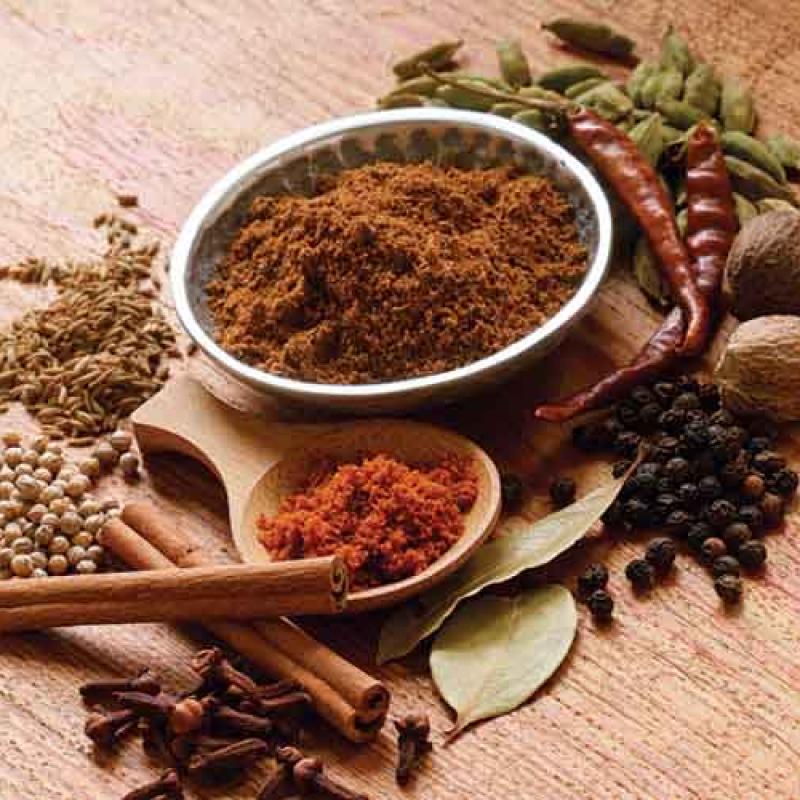 Garam masala is a blend of ground spices used extensively in Indian cuisine. The spices for garam masala are usually toasted to bring out more flavor and aroma, and then ground. The word masala simply means "spices," and garam means "hot."

However, garam masala doesn't necessarily constitute a particularly spicy blend. The powdered form is typically gluten-free, vegan, and vegetarian, while you will need to check the label for garam masala paste to see what is included.

Garam masala is usually added near the end of cooking so that it not only seasons the dish but adds to the aroma. Some additional garam masala may also be sprinkled on top of the dish. Traditionally, garam masala is made fresh from the component spices and used within a few days. It is often not the only spice and seasoning used in a dish.

Garam masala is intended to balance different flavors; using it you will bring out the flavors of the dish and you may be able to use less of other seasonings (such as salt). Many of the component spices have different health benefits touted, but primarily it may improve digestion. In the tradition of Hindu Ayurvedic medicine, garam masala is a warming spice that is intended to raise body temperature and improve metabolism.

We have a unique secret recipe of making  garam masala  which can add a good taste in your dish.