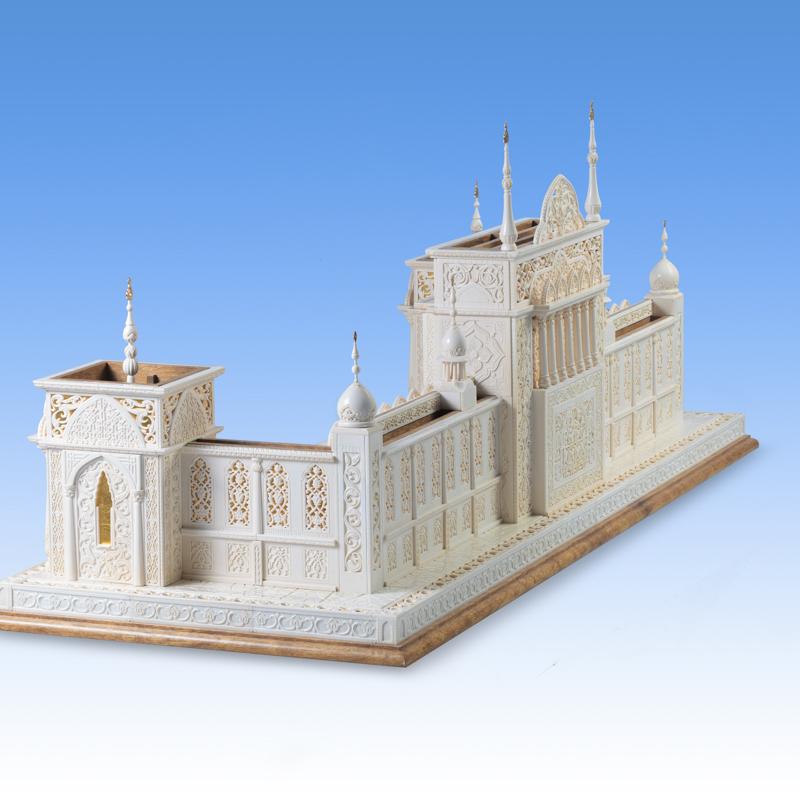 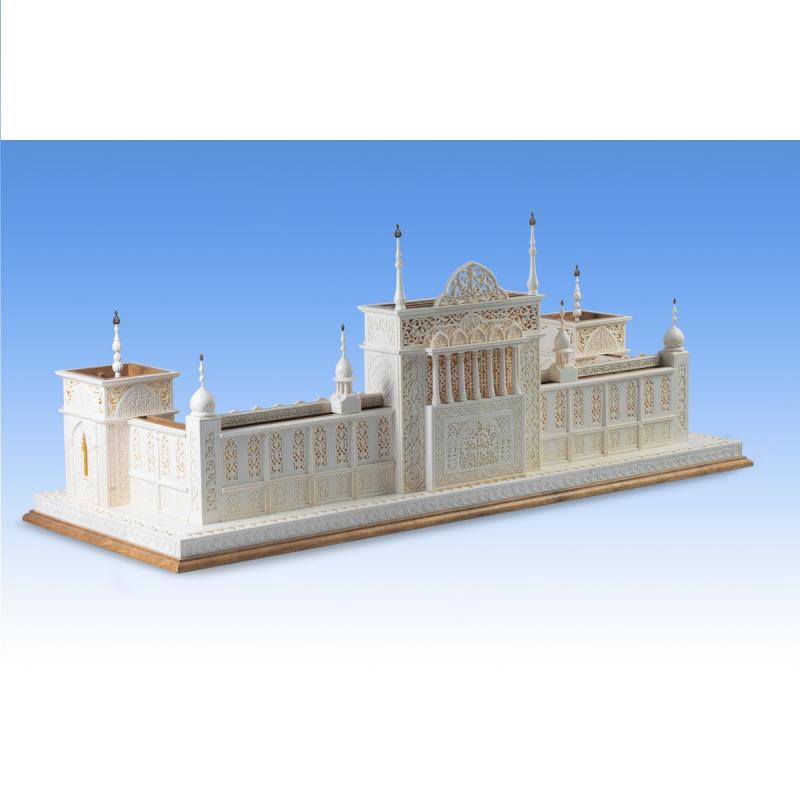 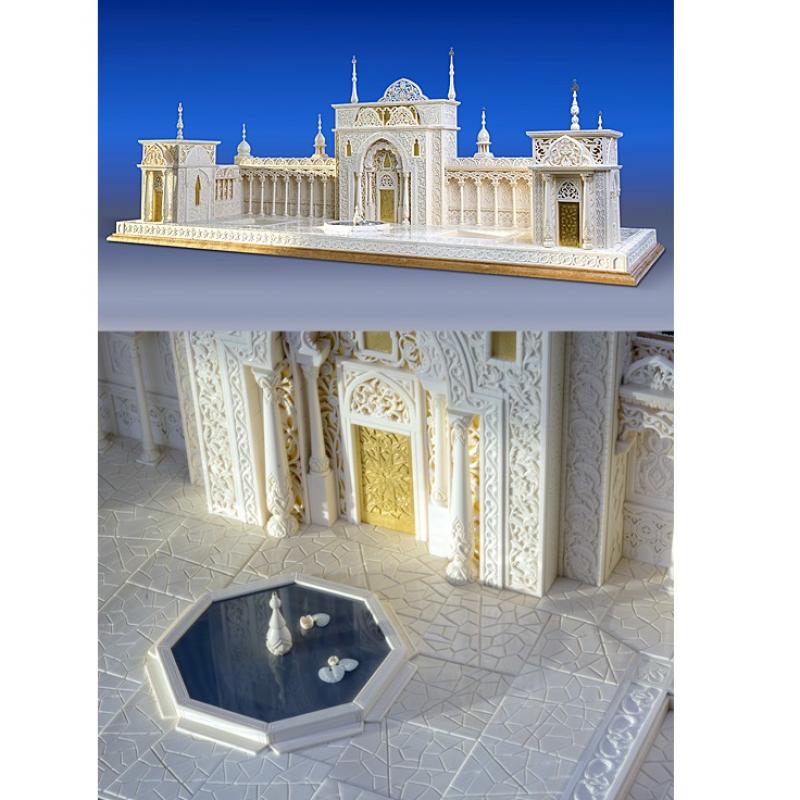 The writing tool "The Great Silk Road" is a unique and highly artistic work of modern bone carving art. Made of noble materials. All reliefs and sculptures are made of an ancient fossil - a mammoth tusk, obtained in the difficult conditions of permafrost in Yakutia.

A writing instrument created by bone carving masters according to an original author's project. The idea of ​​a work dedicated to the Great Silk Road, connecting Europe and China for centuries, is revealed in the collective image of the eastern palace. According to the author, the palace, as a vivid example of the refined architecture of Islam, symbolizes the cultural and historical significance of the famous trade route, uniting peoples, contributing to the emergence of cities and unique architectural monuments.

The subject is made in the form of a palace building of the Muslim East with an open space of the courtyard and a swimming pool located in the center of the composition. In accordance with the principles of Islamic architecture, the plan of the palace is strictly symmetrical. The rhythmic repetition of architectural elements is thought out with mathematical precision. The central portal divides the palace building and the adjacent internal gallery with an arcade into two wings, flanked on the sides by identical portal entrances. Functionally, all architectural volumes of the product serve as compartments for storing papers and stationery.

Masters used a variety of decorative techniques and techniques: flat, three-dimensional, through carving, slotted decor in combination with a gold background, engraving. The architectural forms embodied in the bones convey the richest variety of motives of Muslim architecture. Using characteristic elements - carved portal doors decorated with a geometric pattern, various types of arches, porticoes with columns, openwork tympans, towers, figured spiers - the masters created an elegant ensemble with a decorative sound. Strict harmony of forms, constructive clarity, proportional dimensional accuracy are emphasized by the radiance of gold and the intricate play of chiaroscuro, born of jewelry-thin ornamental carvings, reminiscent of the traditional carvings on knock, wood and stone.

The rich ornamentation of the writing instrument, including the Persian stylized arabesques, decorative motifs of Moorish architecture, magnificent designs of the Ottoman Empire combines epigraphic, geometric and floral motifs of different countries.

The general artistic structure of the work, the ceremonial nature of the architectural ensemble, rare and precious materials used in the manufacture of the writing instrument, as well as the highest craftsmanship, fully correspond to the representative purpose of the subject.

Such things are created in order to become a family jewel and passed from generation to generation.